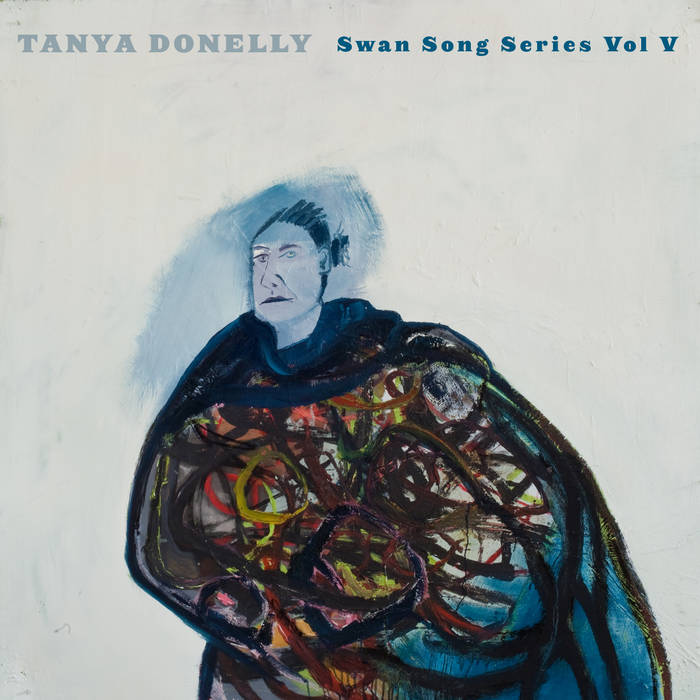 BeagleBay This 5th EP is solid, diverse, and gorgeous. If fans weren't aware, search for Tanya Donelly on bandcamp and you'll find a 2nd listing for her where the full Swan Song Series album is listed with 7 additional songs...all of them great as well. Favorite track: Snow Goose and Me.

5eddie5 Aynat creates the best music ever, and keeps getting better.
Five V 5 to Crabmother <3
Favorite track: Tu y Yo.

Michael Reilly A great 5-track EP that again demonstrates the attraction of good music performed and recorded well. Long-term fans will get their rock, pop and folk fix here – more artful lyrics and songwriting together with that wonderful voice. Favorite track: Tu y Yo.

Hello, and happy spring!
So, last official volume, but not the last songs. More to come, as they come: erratically, sporadically, spasmodically.
I would like to thank and thank and thank you from my heart for supporting this series! (And then thank you again.)
Here are five extremely different songs, written with some of my favorite people. (Warning: mild mushiness ahead.)


Snow Goose and Me

Written with former Muse and Belly teammate (and friend) Fred Abong. Fred put his guitar part down first and we built on it from there. Joe McMahon played some beautiful bowed bass, Dean played his pants and cajon (reserve comments, please). I've been trying to get that man to play his pants for 20 years. I win!
Fred's chord structures, time changes and vibe always bring the darkly hopeful stories out of me. This one feels like a fable, but with no sticky moral to bind it. About getting by, getting away with it, making some small contact, hoping for more. (btw, Snow Goose is a human, not a bird, unless you want it to be. I leave it to you.)
Also, just to note: I'm saying "selfish", not "shellfish". (Actually -- I am saying "shellfish", but I mean "selfish".)

Singing again with my girl Gail! Our voices just locked together here as if we still did this every day. There's really no way to adequately express how much I adore this woman. Gail's band Benny Sizzler (formed with her partner of 20+ years, and the music writer of this song, Chil Mott) sent me four fully recorded (sans vox) and equally great tracks, Gail and Chil somehow finding time between the running of their busy business, the building of a house from the ground up, and tending their fields. It was hard to land on one song, but the words to this one came quickly, and directly from the heart, and so it became the keeper. Lyrics inspired by my feisty, mouthy, high-octane ladyfriends -- you know how I love you.

Written with my buddy Claudia Gonson (of Magnetic Fields and Future Bible Heroes). One of the very first people I met and friended (lowercase f, old-school style) when I moved to Boston in 1985 -- she was still in high school at the time, I believe. The song starts with her "hello", which I included because I love the way she says "hello". Claudia recorded and sent me the chords on her phone, I put down an acoustic at Kraig Jordan's Plan of a Boy studio, and then Kraig put together a great band (D. Narcizo and B. Kendall among them) to play on top of it all. Singing with me on the chorus is Pip Everett (Blizzard of '78, Everett Bros Moving Company), who I've known since the early '80s, when his then band Coat of Arms and T Muses played together at all-ages shows in Providence RI, when we were all in our teens. Pip is one of my favorite singers. Ever.
This is a love story, without the goo. Skepticism, loyalty, gratitude, love.


o me of little faith

In 1995, Belly toured the UK and Europe with a band called Coldwater Flat, who were also part of the Ft. Apache stable, led by Paul Janovitz (one of my many Jano fam connections). We all became fast friends and there was an abundance of humor, much of it supplied by drummer Paul Harding. Years (and years) later, I fell in love with his book, Tinkers (2010 Pulitzer winner) and asked if he had any abandoned scraps hanging around that I could scarf up. He sent pages of wonderful words, and I pulled some of the related imagery into these lyrics. The words are his, so I hesitate to weigh in too heavily on them, but they remind me of the people who grew me up, and how we may fall in and out of knowledge of each other, but we're inextricably woven together. (And a good thing, too.)


The End to the Dawn

Written with Dean, from the other room. About purging the toxic from your life, while acknowledging that poison can be healthful with proper dosage.
But you knew that.

Snow Goose and Me (Donelly/Abong)

o me of little faith (Donelly/Harding/Fisher)

The End to the Dawn (Donelly/Fisher)