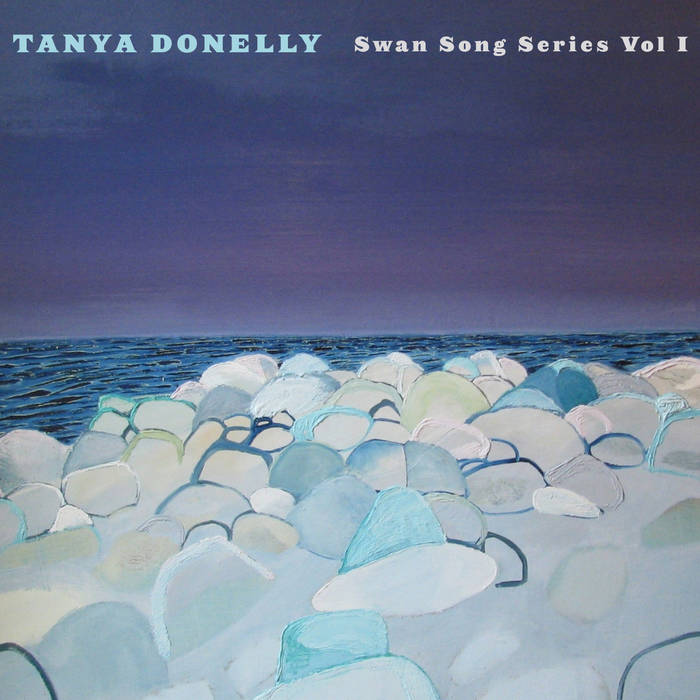 BeagleBay Very nice EP where one of the best singer-songwriters and band founders of her generation gets to break from the album format and try some new musical expressions. I'm late to get into her EP releases...and I'm spacing them out to build anticipation. Looking forward to hearing more.

Johnny Barr I love Mass Ave... I could listen to Tanya sing a phone book and I would love it... so if that is her next record on BandCamp I am all about it!

Robert Smith Since coming on the scene in the 1980's whether with Throwing Muses, Breeders, Belly or eventually solo - Tanya always brought great songs, great lyrics & great attitude to her music. And that's exactly how I like it. Love ya Tanya.
more...

I sat down to write the blurb for this first volume (cleverly titled Volume 1) with a familiar shy anxiety that bubbles up when I commit to talking about myself. But it became immediately clear that this will be fun, because in blogging for these volumes, I get to write about the fabulous co-writers and contributing artists of the Swan Song Series, and the songs we all made together. V.1 consists of five songs, with some general thematic connective tissue: windows, streets, stars, flashbacks, escape. (Clearly, I need to get out more...)

Mass Ave, co-written with Dean Fisher (Juliana Hatfield Three, Dylan in the Movies, Bathing Beauties), with whom I have created many songs and two children. Dean is my most constant (and convenient) musical partner and trusted ear. I love the linear chug of this song, the forward motion. The lyrics came easily for this one, inspired by a strange evening of small but important moments. True story. Rhythm provided by David Brophy (drums) and Joe McMahon (bass), killer jazz musicians both, with Dean leading on guitar and Anthony Saffrey (Cornershop) contributing a beautiful and winding sitar.

Christopher Street, co-written with Wesley Stace aka John Wesley Harding, author (Misfortune, By George, and Charles Jessold, Considered as a Murderer) and musician (The Sound of His Own Voice, Songs of Misfortune, Here Comes the Groom, and so many others). The third co-writer of this song is Rob Seidenberg, who I haven't yet met and wish to. Wes and I are accompanied by the awesome English UK, made up of David Nagler on guitar and keys, Eddie Carlson on bass, and Adam Gold on drums. This song is a backwards-looking letter written to a composite of three men -- part true, part fiction.

Let Fall the Sky, co-written by Joseph McMahon. Beautiful piano by Joe, this is a heart-warming apocalyptic love song, sung as the sky literally falls apart and down. This one makes me feel good.

Blame the Muse, another co-write with Wes, and backed by the English UK. Despite the classic pop of this one, I imagine this conversation taking place a hundred years ago -- flowers in the river, cowering dogs, night rages, blown-out candles. (Also, this lady seems more patiently long-suffering than she might be today.) Lyrics for this inspired in part by Wes's Misfortune (the book), not so much in tale but tone.

Meteor Shower, written with Rick Moody, author (Ice Storm, the Diviners, Four Fingers of Death, On Celestial Music, and many other great things) and musician (the Wingdale Community Singers). There are only a few in this series with contributed lyrics by another and music by me, and this is one. Backed by myself on multiple instruments, and much elevated by cello played by Sam Davol (Magnetic Fields) and Dean on djembe. Growing up and grown-up, I’ve spent many summer nights (alone and not) lying on chilly East Coast beaches waiting for the sky to do something. The simple act of looking up (put down your device now) is an instant recalibrator. When Rick sent me the lyrics that became Meteor Shower, I felt that same shift.
Artist Sue McNally's gorgeous Pebbly Beach, the partner painting of Volume 1, might be a place where we all landed at the end of the night, faces up.

ps. Volume 2 comes out in early September, and V3 in early October. V2 will have two bonus tracks attached, as will V3.