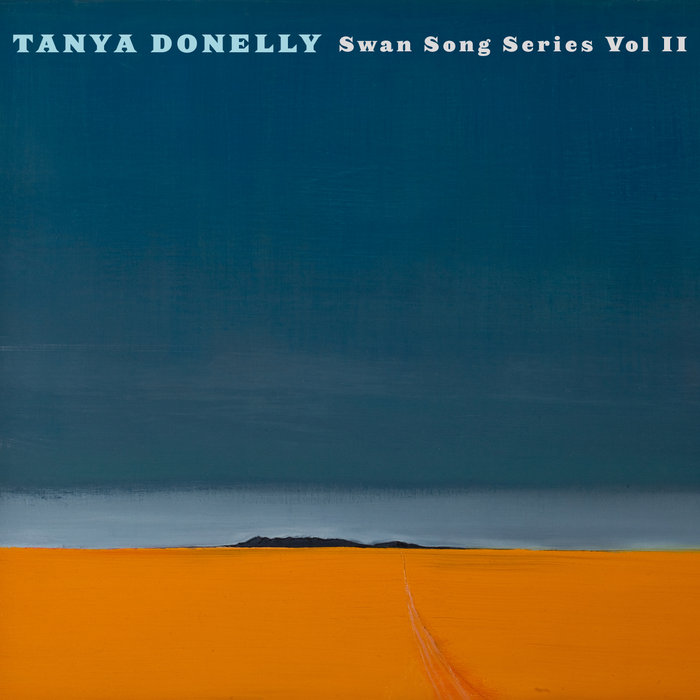 BeagleBay Beautifully written and performed; as strong as her album work. My favorite volume of the Swan Song Series. I love all of these songs but especially appreciate how well she covers Leonard Cohen's "The Law". Favorite track: The Law.

Tummie A very interesting collection of songs that are typically Tanya

Michael Reilly Another impressive collection from an always listenable artist. Tanya's voice works in perfect harmony with all of the well chosen instrumentation that supports these fine songs. Favorite track: Mary Magdalene In The Great Sky.

Man Of Arun As a keen chronicler of ornithological vocalization I was tremendously excited by the prospect of a series of releases dedicated to the sounds of the Cygninae.

It was therefore initially something of a disappointment to discover these are in fact musical diversions in the contemporary style.

But protracted listening reveals a sumptuous tonality and melodious appeal on par with, dare I say, Myophonus horsfieldii.

Sue McNally’s painting “14.6 miles” is the perfect image for this batch of songs, which all seem to take place in the desert, or feel like they do. (suemcnally.com)
I tip my hat gratefully to the engineers and producers of this music, without whom this would all sound much worse. Paul Kolderie, Chris Cugini, Scott Janovitz, Michael Hearst, Adam Taylor, Matt Beaudoin, Eric Masunaga.

Still
Written with David Brophy, who is known primarily as a drummer, but also plays guitar and piano and composes (yeesh what a show-off), and also curates the occasional jazz event (one of which included me -- redstarunion.com/red_star_events/jazz-on-the-rocks/). I loved the music for this song after the first bar, and knew right away what it would be about, which is this: the feeling of relief and euphoria that happens when the sky opens up and pours after a day of hallucinatory heat in the American west. It kind of feels like falling in love, and so is sometimes confused with falling in love.

Mary Magdalene in the Great Sky
Written with my dear friend Brian Sullivan (Dylan in the Movies), who also designed my website. Lots of laughter went into the recording of this song, with three of the very funniest people I know: Brian, Scott Janovitz (the Russians), and Dean. There's a lot I could say about this song, but it would be long and rambling, with many footnotes and apologies. So, it's about MM and her mythology, and the voices in history that are heard in spite of being edited. (You just have to be really, really quiet to hear them.) It's also about lost chapters in personal histories. Plus: moths, hair, lights.

Why So Sad
Another song written with Rick Moody. Most of the words for this one came from a lyrical poem Rick sent me called Last Chances, an itemized list for an existential yard sale. Sad and funny, Moody-style. It was hard to boil it down to just one song; there were so many bleak and beautiful images to choose from. Carrie Bradley (Breeders, Ed’s Redeeming Qualities) and Sam Davol (Magnetic Fields) on violin and cello. (Carrie’s part at the end gives me goosebumps.)

Making Light
Written with Dean, and to Dean, 20 years in. This is our “I Got You Babe”.
Chris Cugini, who recorded the main tracks, had the fabulous idea of sending the song to Jacob Valenzuela (Calexico), who contributed the trumpets. It makes me happy when they come in.
(ps. There’s a reference within this song to an old Belly b-side.)

Miranda (pacifically)
Saw The Tempest performed in a local park recently -- a morally complicated story with loose ends. I had this great piece of music from Michael Hearst waiting for me, and this was one of those “the lyrics wrote themselves” situations, inspired by the stranded souls of that play. (It's not sung in Elizabethan English, don't worry.) Other things crept in too, because most songs are about more than one thing. Jimmy Ryan (the Blood Oranges, Mark Sandman) elevates it all with his perfect mandolin.

The Law
The idea to cover a Leonard Cohen song came from a smart man named Jason Todd on my Facebook page, where I am taking suggestions for "b-sides" for the series. Dean and I recorded it entirely on garageband at home one night with our trusty Blue Snowball, when the kids and animals were finally asleep. Dean played and I sang along. Mixed and mastered by Matt Beaudoin at Q Division.

recorded by T and D at Studio 24
mixed and mastered by Matt Beaudoin at Q Division Studios, Somerville, MA